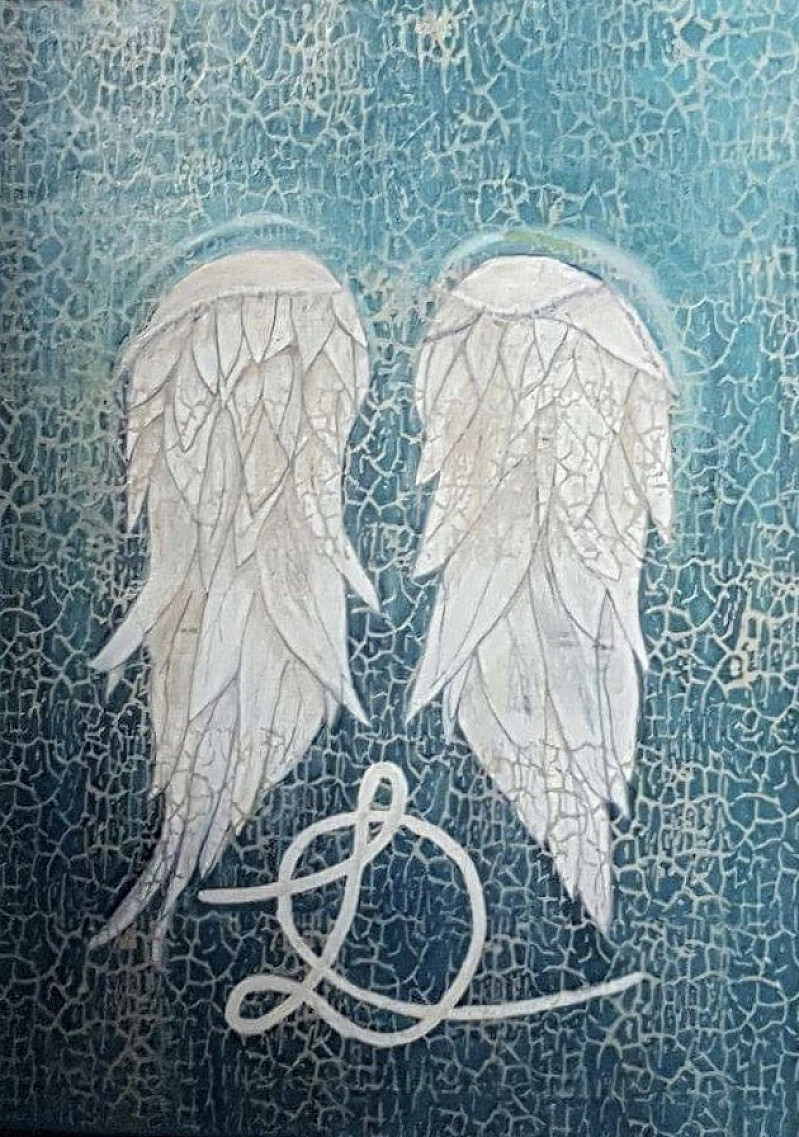 "The Veil" is the first painting I did after Dustin died.

At the time it was the largest Canvas I had ever worked on.
I just so desperately needed to capture  his "Angel Wings," This painting took me weeks to complete...many many layers...
Dustin wrote rap lyrics.  He loved the genre. There were 15 never-seen-before writings we found after his death. "The Veil" was inspired by this one titled 'I'm Alright':
I'm long gone away
Don't you do that
Don't start the tears
Just remember all the times
We spent over the years.
Never cry
Never think bad of me
What's done is done
And that's the way
It had to be.
I need you to be strong for me
Say your prayers
Everyday
In my memory
I'm sure it's helping me.
To earn my feathers
To get some wings
A halo
A harp and some
Angelic things.
And even though I'm gone
And outta sight
Never worry about me
I'm alright...
By Dustin Robert Lucas
1988-2016
The complete writing appeared to be a rap about suicide.
In the painting His wings are woven in and out of the Veil of our worlds. The physical and the spiritual. His initials on the bottom of the painting were inspired by a cup he left for us after his death.
Artist bio

Enquiry for The Veil