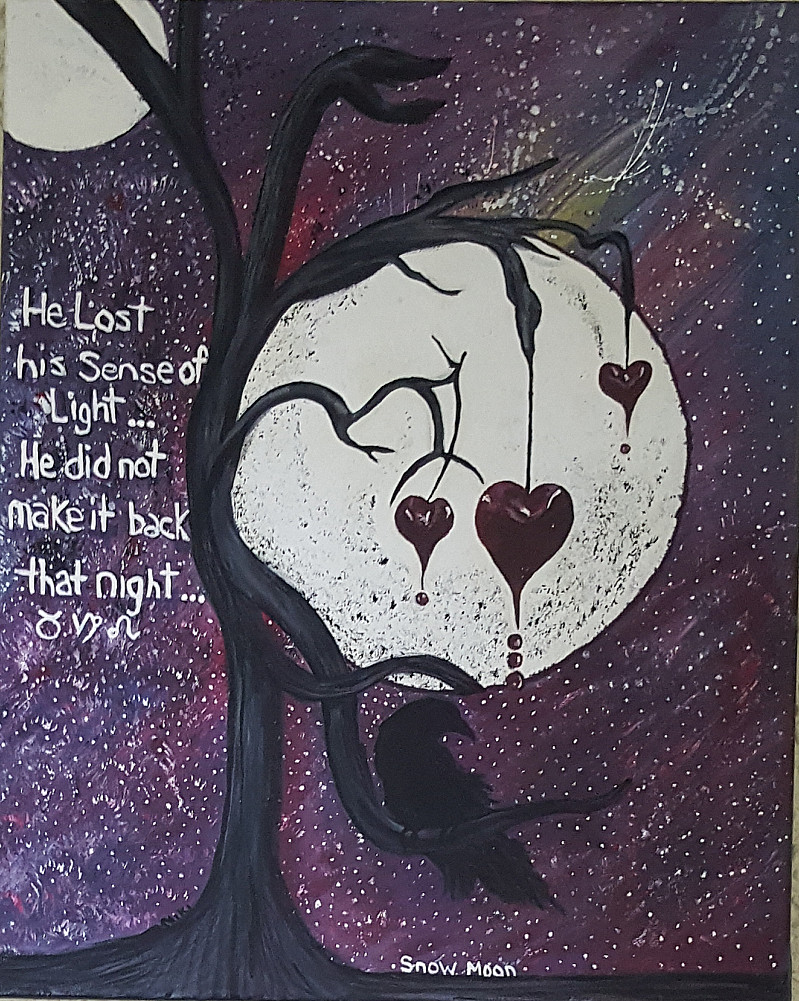 "The Last Night"
This painting was inspired by my heart wrenching ache to capture, on some level, the night my son physically disappeared from my world.
I belief in Astrology and saw the otherworldly relationship Dustin had with Crows - most obviously his Totem animal., one that we share.
The blood red, dripping hearts symbolize my bleeding heart for the loss of him.
There was a full moon in the night sky of February 22nd ("The Snow Moon") with Jupiter strong and sharing space. I exaggerated Jupiter in the painting as it is strong in Dustin's chart.
Dustin did not pass on the 22nd but on the 23rd at approximately 5:30am...close enough...the energies and light still strong of that full moon.
He was born April 25 1988 at 1:25am...a Taurus...
Sun - Taurus

Enquiry for The Last Night